The first time I wear any dress. It never turns out how I picture it lmao. I surprisingly haven’t changed that much. My dyed my hair and I’ve gained some weight due some medicine for my autoimmune but I look basically the same I did in 2012. I’m not really sure about this.... 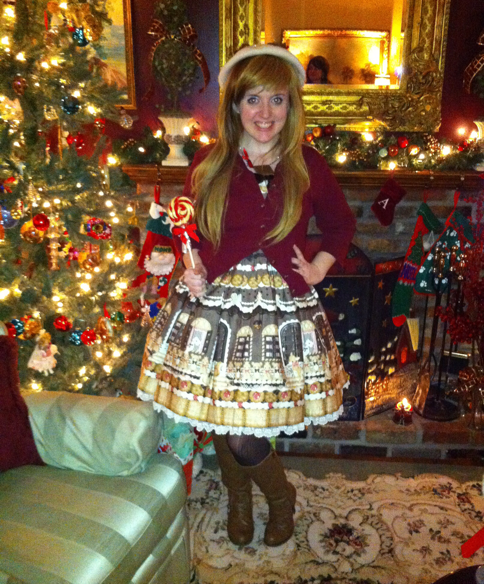 This was taken in 2012 at a friends Christmas party.
I had just gotten it in the mail a couple of days before and that happy grin on face tells you how happy I was. 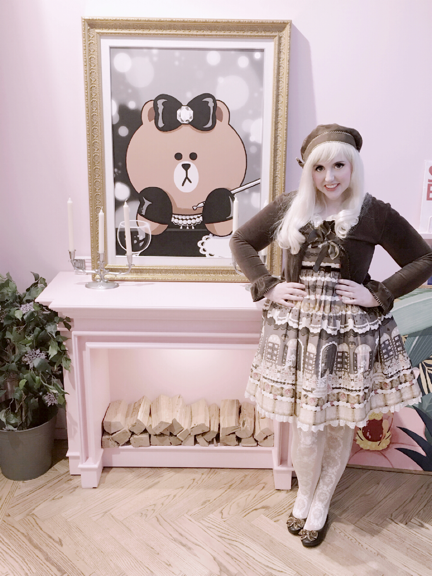 Welcome to me in December 2017 in NYC. I very similar style but it’s a bit updated. I still really love berets and hats in general.
Cinema Doll by AP
Angelic Pretty’s Cinema doll reminds me of Chanel. It’s iconic. *cue glamour music*
Because of this I own it in three colors someday I will find you lavender Cinema Doll. Below you’ll find my Cinema Doll casual coordinates. It’s the best dress to be casual yet classy. 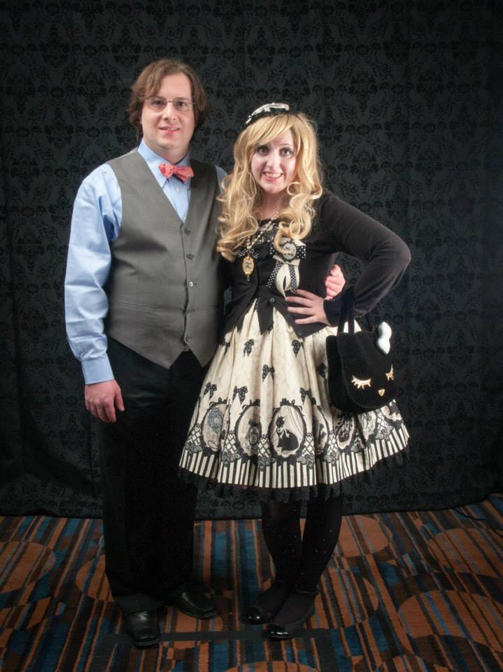 This photo was taken at the second year of Frill in 2013 by Nelson Lau. He is by far my favorite photographer.
Well besides my husband 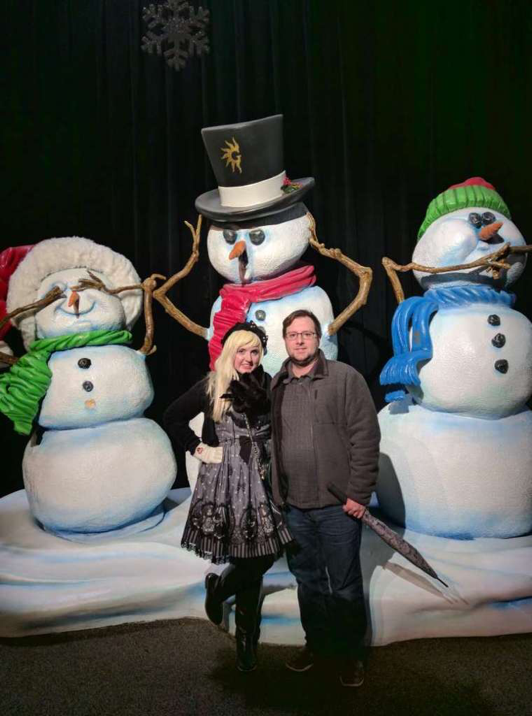 In January 2017 Cinema Doll in grey with my hubby again 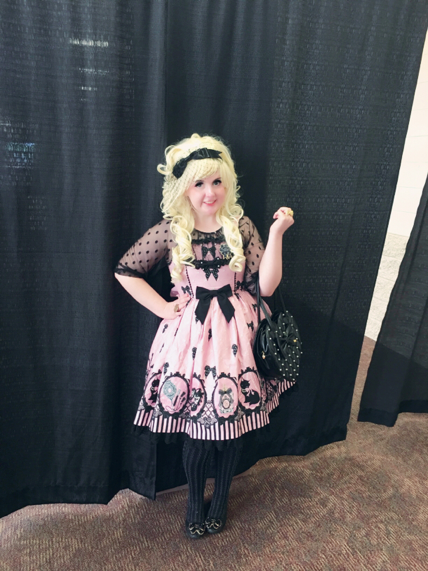 July 2017 I wore the pink color. If can’t tell cinema doll is my favorite print.
Shadow Dream Carnival by Angelic Pretty
When shadow dream was released it was a toned down version of sugary Carnival. While I love sugary Carnival( I own the Black colorway) its not something that screams subtle carrousel on a dress. 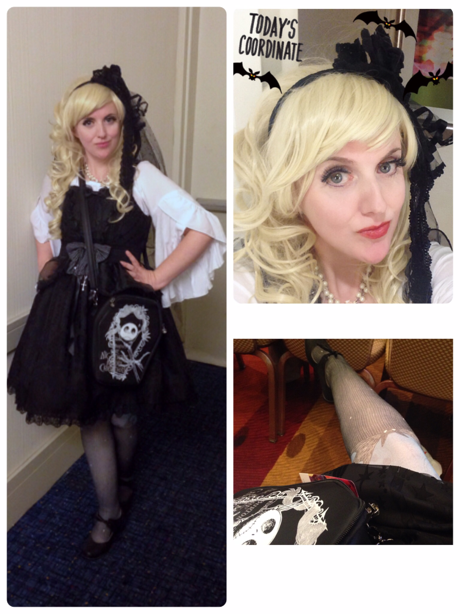 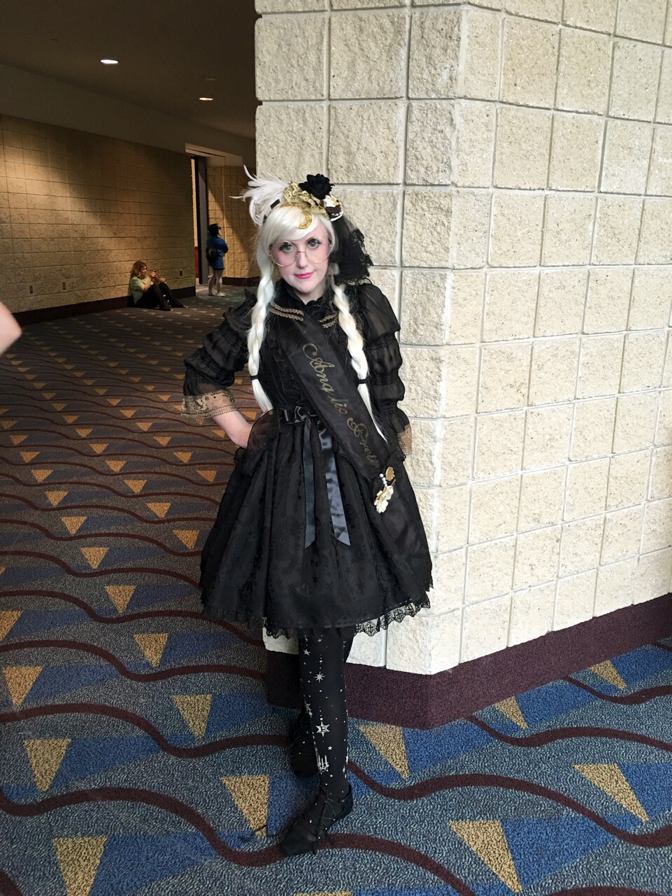 I wanted try my hand at doing something a little darker in 2015. I gave it my best try.
I used some nightmare beforr Christmas x putumayo collaboration items.
Then I did this coord in January 2016 for my local community fashion show. I like how this one turned out.
🥄Princess du Sucre by Kira Imai and Angelic Pretty🥄
This dress is the yearly special Kira Imai illustration dress released by Angelic Pretty. She also did Cats Tea party illustration(someday it shall be mine). 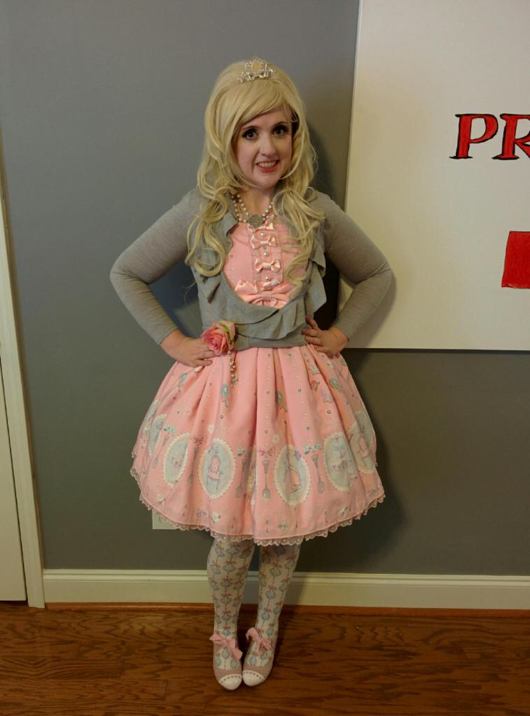 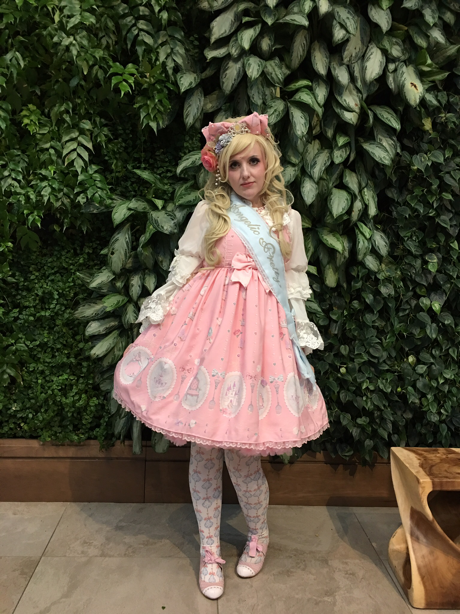 What I noticed by doing this that I end up styling myself the same way most of the time. I’m going start working on doing some new things with my style that still is me but maybe update my looks a little. I also don’t take a lot of coordinate photos for whatever reason unless it’s an event or a meetup. So I’m also going to try and take more daily coordinate photos.
Xoxo 😘
Lulu
Posted by Lulu Couture at 1:03 AM

Email ThisBlogThis!Share to TwitterShare to FacebookShare to Pinterest
Labels: 10 day challenge, 4 outfits, day 4, then vs now