When I first started in Lolita I would get hyped every year for lucky packs. Over the years the excitement has Wayned because the print or non prints don’t really fit my style and etc. This year though Angelic Pretty LPs were adorable and I was determined to get a special sets and lucky packs featuring a precious cat on the printed version. I settled on the black and grey version thinking it would fit perfect into my regimental style. When AP released the photo below I could wait to get mine. 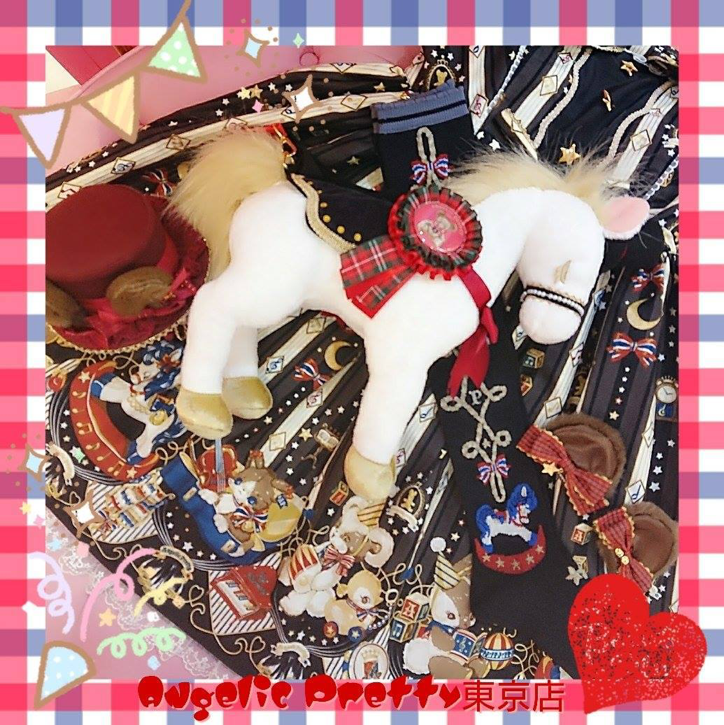 The pastel versions were just too pastel for me. In addition it would contain a petticoat. You imagine my excitement. It was as perfect lp blouses rarely fit me even when I’ve been painfully sick and thin.
When it arrived I immediately opened it with baited breath and immediately pulled out the petticoat only to discover it was just cotton and some very stiff tulle. It wasn’t what I had imagined at all.
So I took a moment and thought ok well it’s an lp what did you expect just move on and look at your pretty jsk. So I pulled out the jsk. And imagine my horror when the lp turned out to be this weird grey brown color. How would I ever coordinate it?! I folded it back up and didn’t look at it for a couple of days.
After I had let it marinate for a couple days whether it was out of denial or pure spite I decided that I would challenge myself to make a good casual coordinate with it.

I took some proof photos because no matter the color that cat was still adorable. 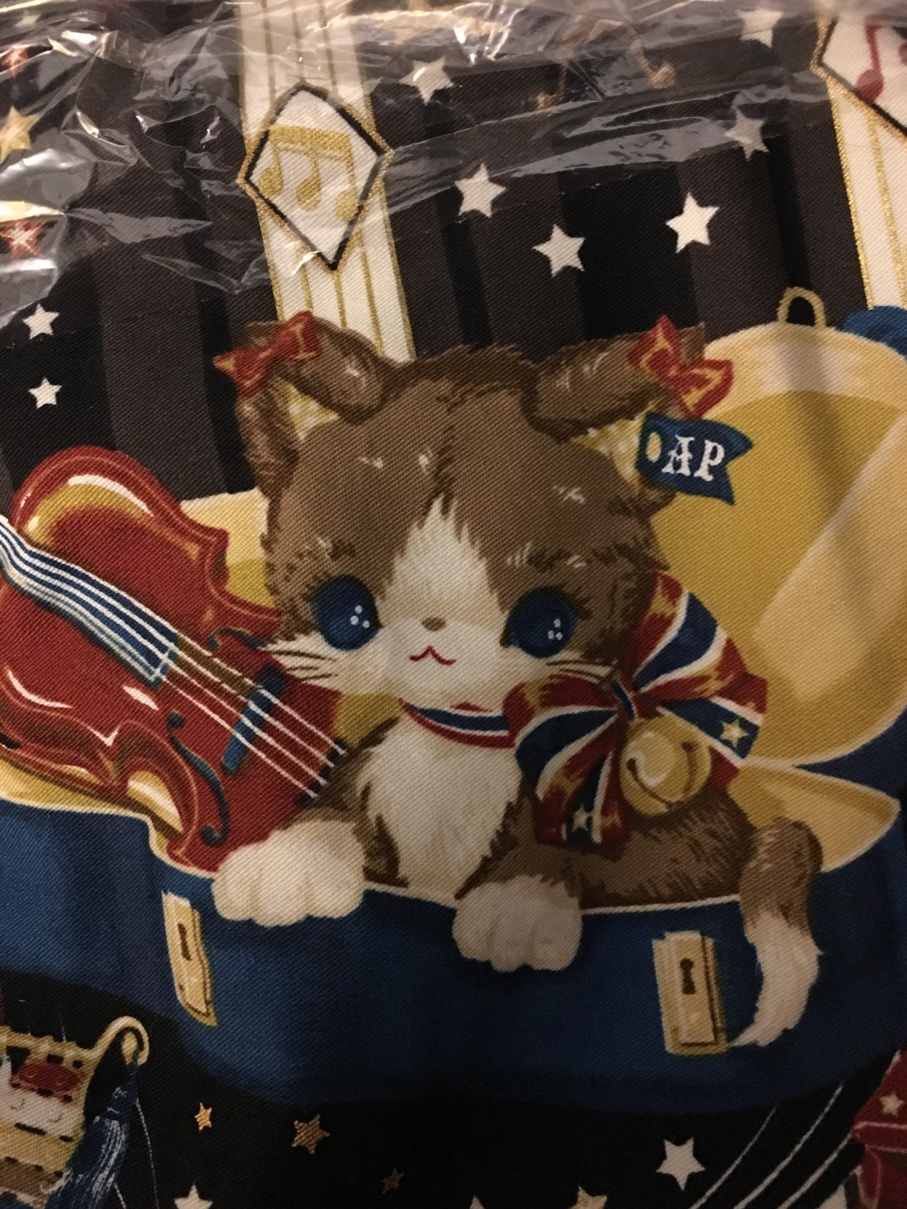 And as I took the photo the photos came out as grey. 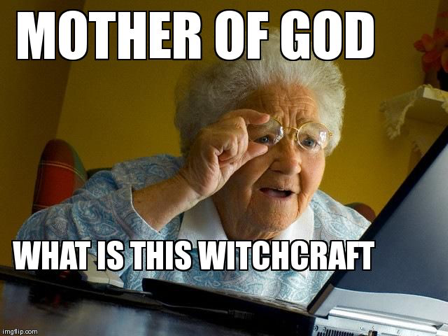 Interesting it only looks brown in person you say but photographs grey?! So then to further my experiment I placed it with golds and reds to bring out the grey in the brown. This made it even in person appear to be somewhat grey and not brown. While it isn’t what I expected it did help me get creative.
Below is my very casual coordinate for lounging around the house and grabbing some tea. 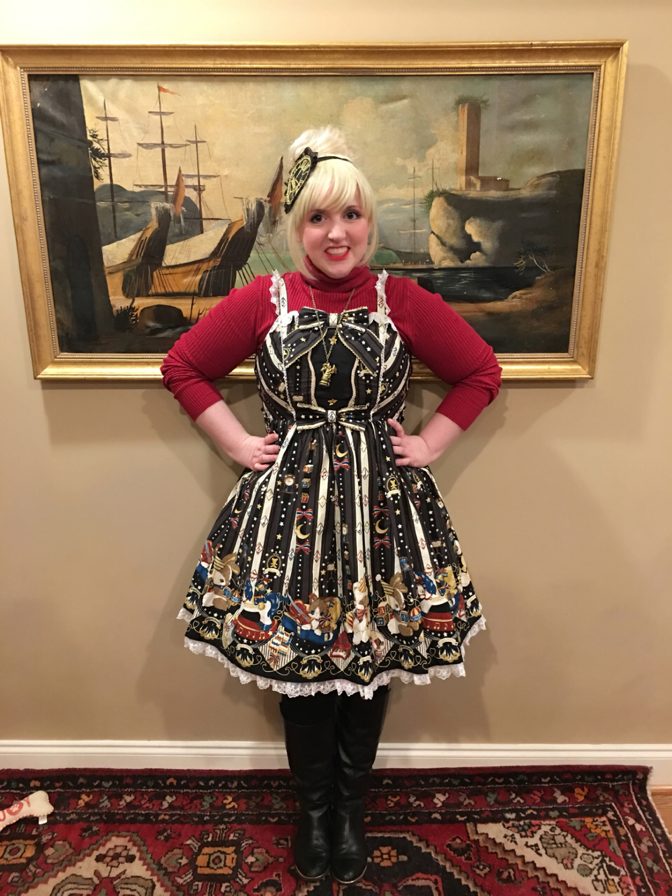 Tell me what you think does it look grey to you in these photos.
In addition I noticed that the socks were black and grey so do you think the factory didn’t make the colors correctly?
XOXO,
Lulu